Officials from COO & International Affairs of AgroStudies based in Israel 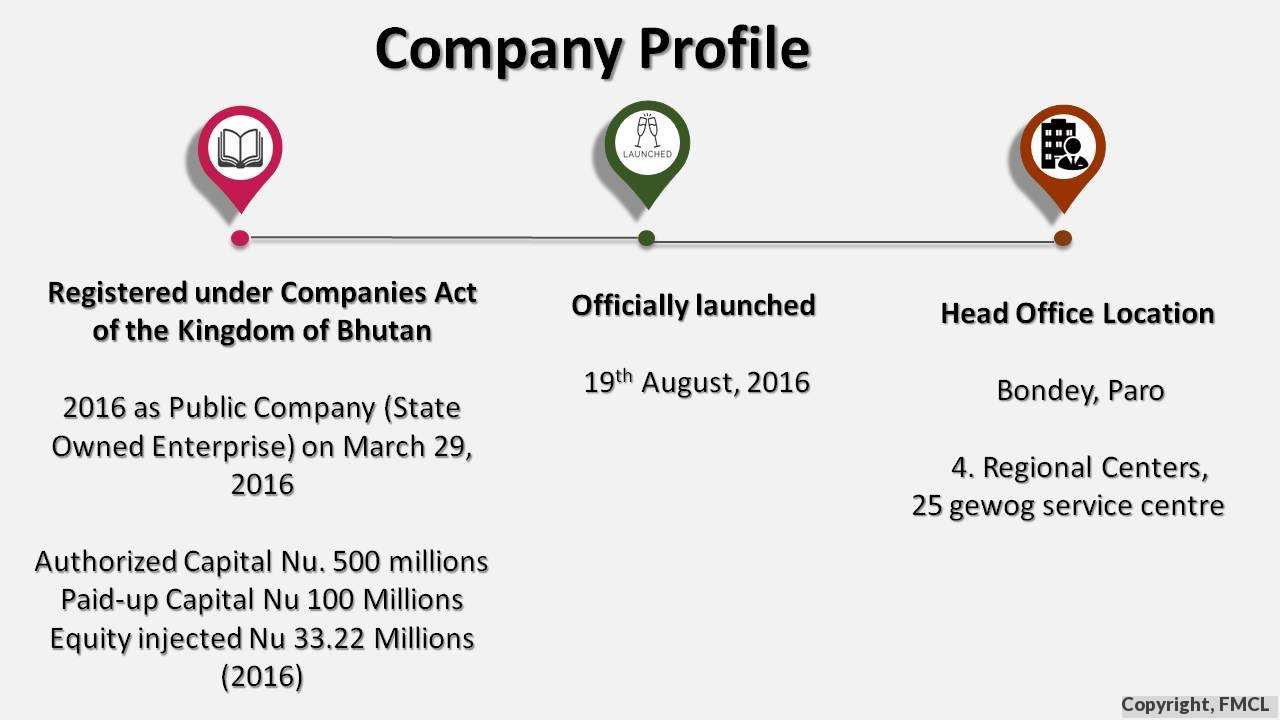 Farm labour shortages, human-wildlife conflicts, rural-urban migration, and seasonal water shortages have agitated more fellow land threatening food self-sufficiency and food security in Bhutan. Mechanizing farms, creating employment in the rural areas, promoting small and medium agriculture enterprises, and economizing water usage is seen as a sustainable tool for future agriculture farming in Bhutan. Although the huge potential is there to mechanize and increase productivity, it is still untapped. Of the 78,851 acres of wetland and 168,657 acres of dry land, 40,672 acres of wetland (52%) and 58,776 acres of dry land (35%) can be mechanized. Roughly about 7% of the arable land is semi-mechanized mostly with the supply of subsidized power tiller received under the Japanese 2KR grant schemes. In the area of processing activities; especially rice and maize; almost 70% have been semi-mechanized with individual houses owning the machines. Bhutan now is shifting from subsistence agriculture to commercial farming to increase food production and productivity. In order to instigate the private sector to venture into the agriculture business, especially mechanization services, the FMCL (SoE) would be a transitional pioneer institution to facilitate moving from the government doing to privatizations. With the government plan to expand the mechanization and to cover over 55,000 acres of farmland in all the 205 Gewogs nationwide by the end of the 11th FYP, FMCL would be an agent to achieve that target by reducing the public spending. Thus FMCL was corporatized as 100% State own Enterprise (SoE) with the following mandate.

FMCL is mandated to provide farm mechanization goods and services to the Bhutanese farming community at an affordable price. Specifically, the FMCL has to carry out the following activities; 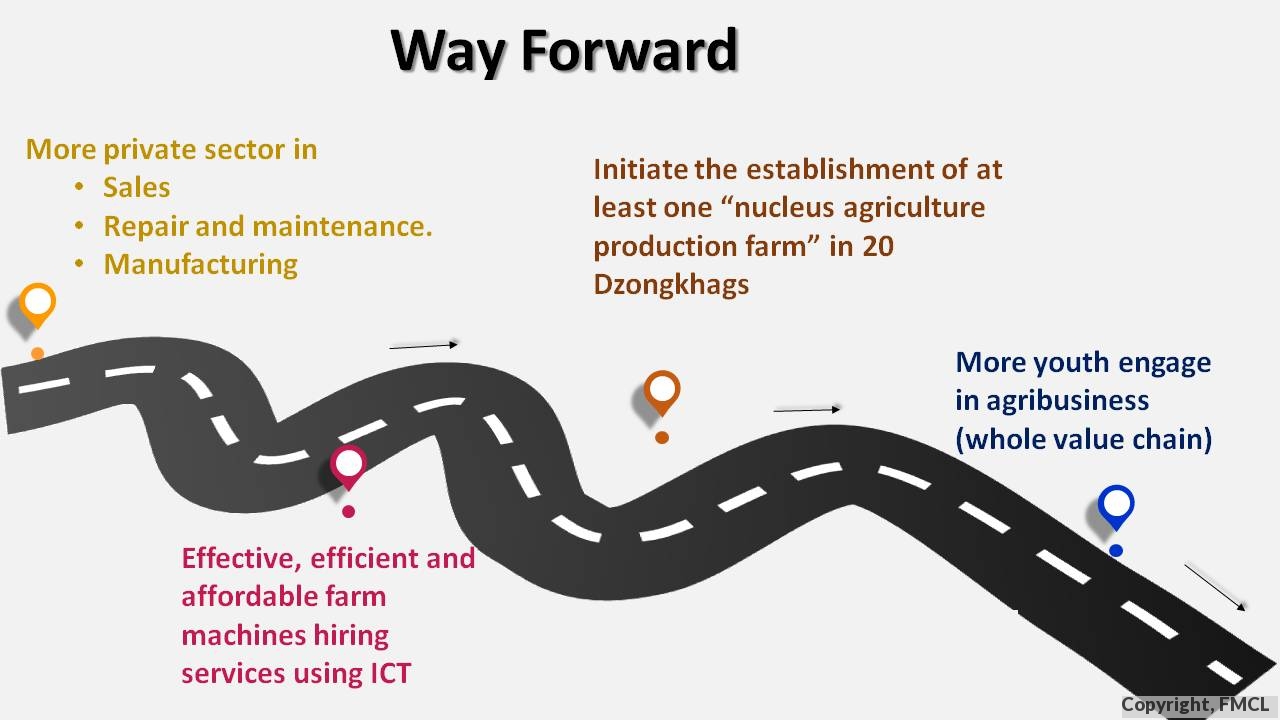