Time extension for the submission of tender documents

Board Directors brief visit to Phebthang and Wangray commercial, Trongsa

Bhutan to soon have its first bio-fertiliser company

1. Brief Background on the current status of Agriculture in Bhutan.

Agriculture in Bhutan plays a very important role in providing the food grains and fresh vegetables for the people of Bhutan. Despite, limited fragmented land holdings by individual farmers, the sector plays vital role in securing food and providing employment. The current agriculture farming in the country is characterized by small mixed family farms operated on fragmented smallholdings.

Further, this is compounded with steep slope and rugged terrain resulting unadorned impact on economics of scale and leading to high cost of production. The severe wild life infestation (Elephant) further aggravates the cultivated crop especially in the southern part of Bhutan. Very few cash crops such as potatoes, mandarin orange, cardamom, and apple are currently grown on limited scale and exported to India and Bangladesh. Cereals are grown mostly for household consumption and limited is sold in the domestic market.

Over the years, the agriculture sector growth has rather stunted and led to negative trade balance and food imports from the neighboring countries. The negative food balance occurred in the face of prevailing youth unemployment and increasing agricultural land being left fallow. These contradictions are due to inadequate technology generation, human – wildlife conflict, land being allotted for development activities and most of all a lack of organized marketing system in the country.

With the launch of Farm Machinery Corporation Limited (FMCL) as a State Owned Enterprise (SoE) under Ministry of Finance, a mandate was assigned and incorporated to take up commercial and contract farming to align with the plans of Ministry of Agriculture and Forests (MoAF) in achieving the goal of self-sufficiency in the nation through mass cultivation of crops in the identified commercial and contract farms established across the country.

The company is expected to upscale agriculture production through reviving of fallow land and to initiate land terracing for cultivation in the potential areas of Government Reserve Forest (GRF) identified by the Royal Government of Bhutan including the land belonging to institute and private individuals with huge registered land. The activity would ultimately give us an opportunity to develop a systematic marketing procedure in marketing the agriculture product of the company. This would also create better space and facilities to provide with other service mandates to the farming communities aside from agriculture activities.

Farm Machinery Corporation Limited (FMCL), was incorporated as State Owned Enterprise (SoE) under the Company Act of Kingdom of Bhutan 2000 on 29th March, 2016. The core mandate being hiring services and commercial farming to support in transitioning from subsistence agriculture to commercial farming in supporting the nation to increase food production and productivity in achieving the goal of self-sufficiency.

FMCL after the establishment as a public company with little less than three years has initiated the reviving of fallow land through land development with an area measuring to 897 acres. A total of 1603 acres was cultivated with various crops including spring paddy cultivation measuring little more than 772 acres in the last three consecutive years. Although tremendous effort and huge amount of resources are pumped into this activities, the company was not able to return with expected yield thereby failing to generate revenue from the expenditure incurred. However, the company was able to groom and disseminate our youths with the skills for crop cultivation. The optimum used of land was able to initiate in the commercial farms, which indeed has immensely helped the farming communities dwelling within the peripheral of our commercial farms in protecting their crops from wild life infestations.

Further, youths are assigned to take up specific crops as complete package of project to learn and study on basic farm economics through learning by doing which ultimately will help them to build adequate knowledge in setting up their own enterprise. Three commodities were identified namely, mushroom, chili and tomato for three groups of youths. The funds were allocated accordingly based on the estimate prepared in executing various activities. In return, the team members were tagged to generate revenue through implementation of project assigned.  The similar activities will be continued in the subsequent years with different group of youths as it was found more effective in fixing accountability. In a way, youths are engaged more meaningfully in the farming activities.

The following are some of the major activities catered under commercial and contract farming across the country:

a) Reclaiming of fallow land through land development and terracing as to ensure viable farming practice with adequate economic benefits to the farmers.

b) Promoting sustainable farming through the scientific practice of good agriculture and organic farming. 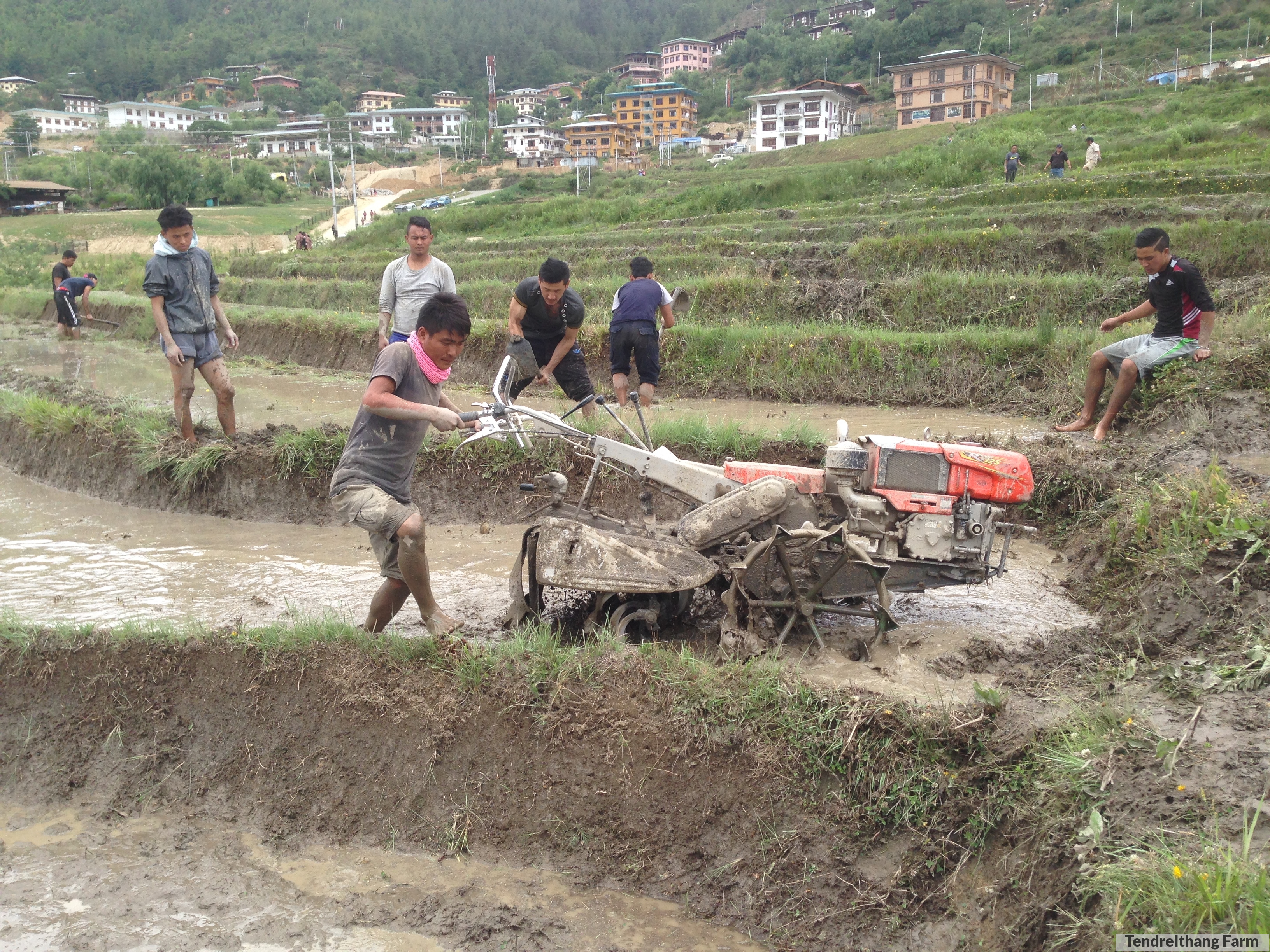 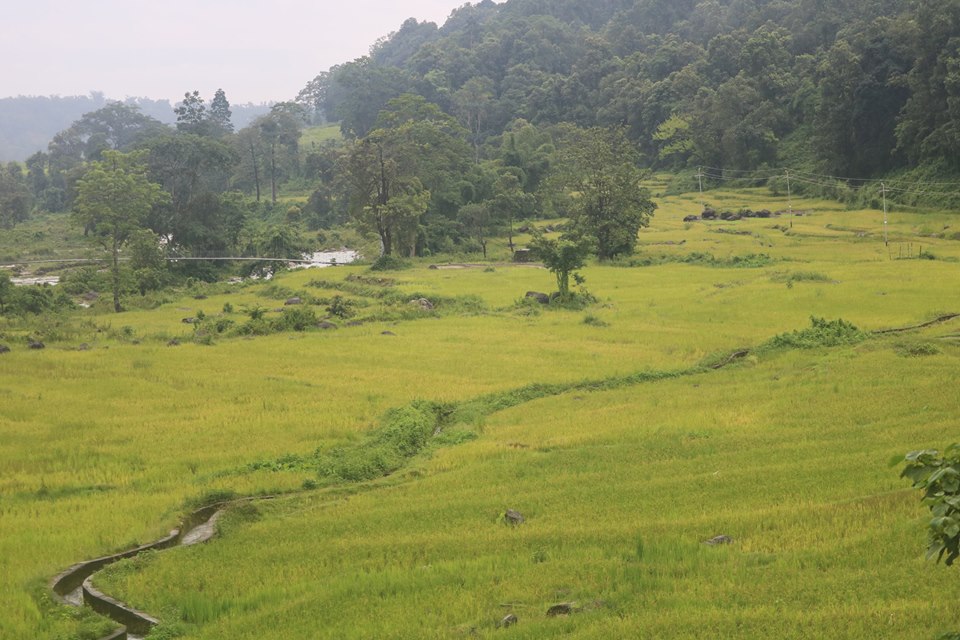 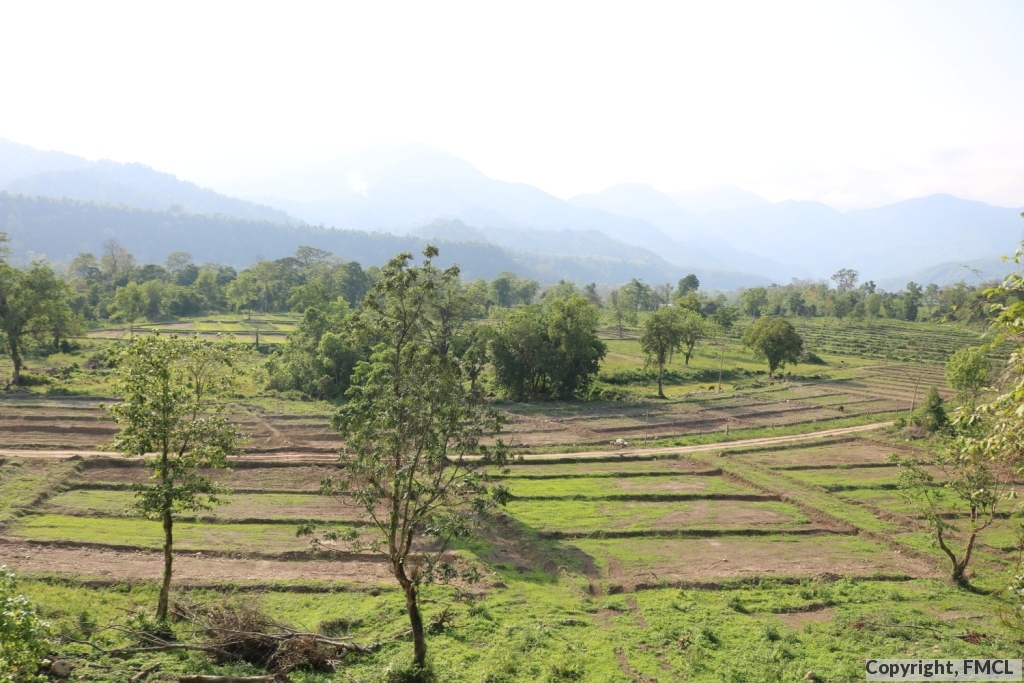 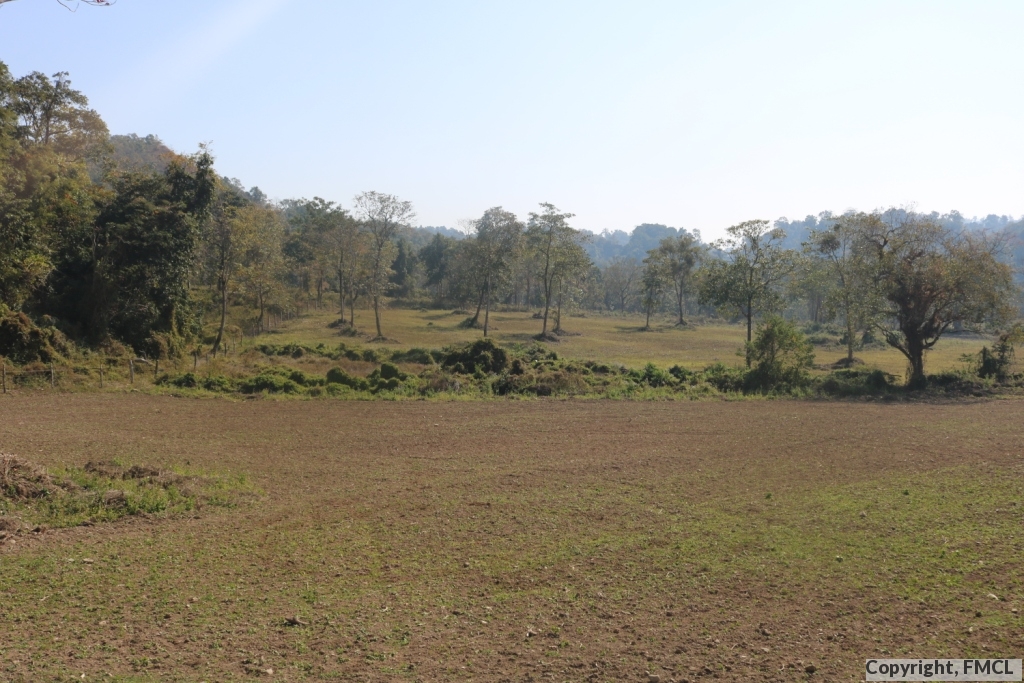 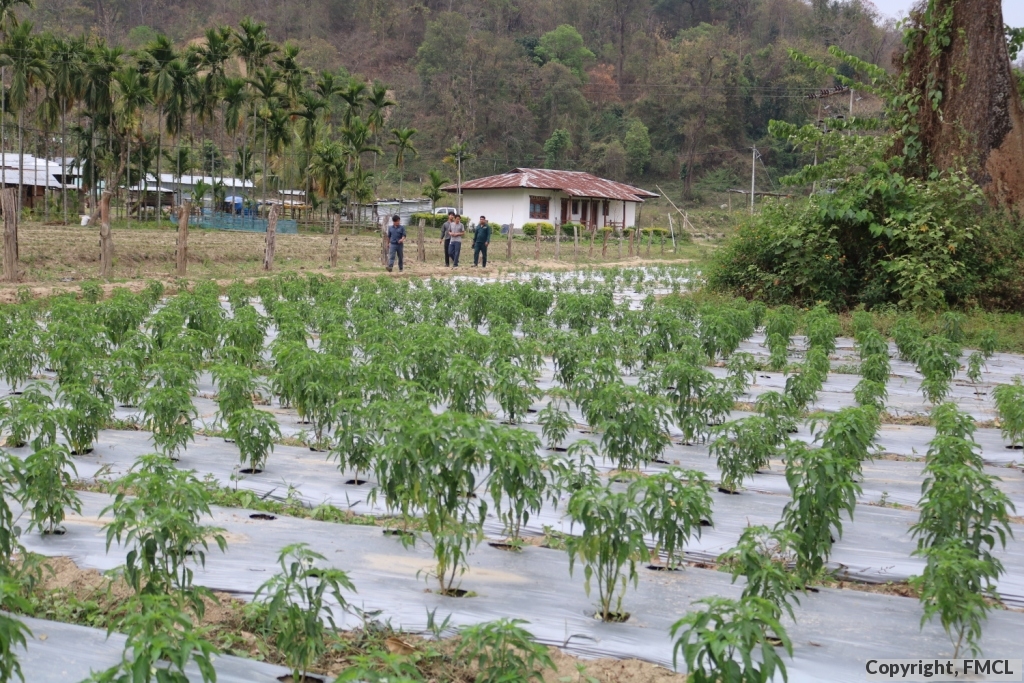 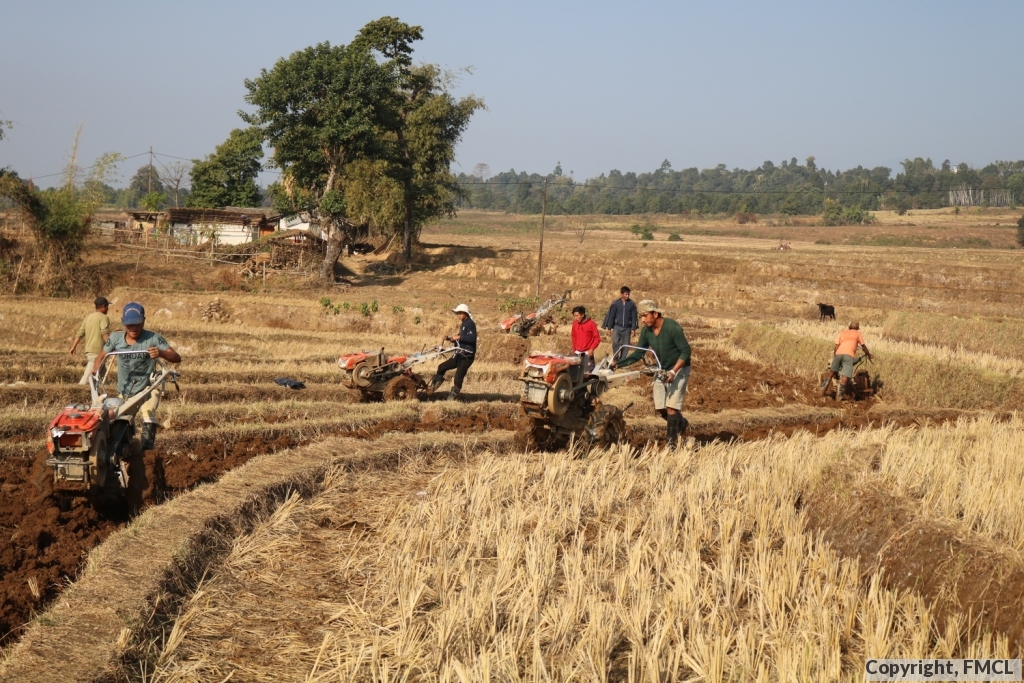 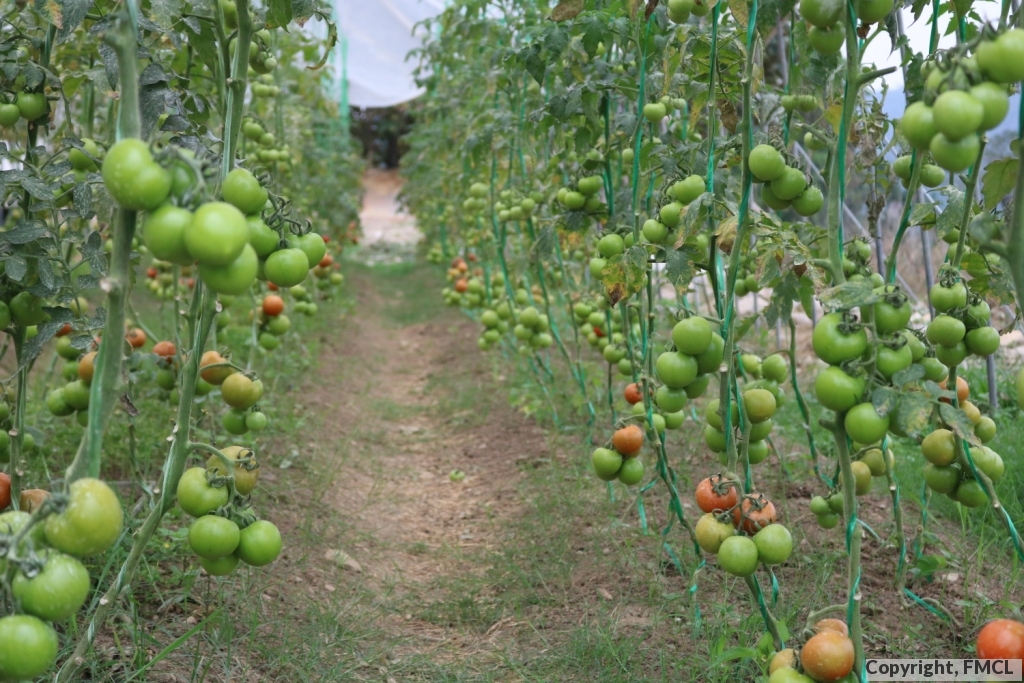